The Alliance Francaise is a Global network of 834 French Language and Cultural Centres in 131 countries around the world. It is part of the French Government's cultural network: Cultural Services of French Embassies / Institut Français / Alliance Française.

The Fondation Alliance Française coordinates an international network of 819 Alliances set up in 137 countries. This network reaches over 550,000 people all over the globe.

For over a century, the Alliance Française has been overseeing an ambitious project: to spread French language and culture well beyond the borders of France.

The Alliance Française was founded in 1883 in Paris as “Association nationale pour la propagation de la langue française dans les colonies et à l’étranger” (National association for the propagation of the French language in French territories and abroad) under the aegis of Pierre Foncin and Ambassador Paul Cambon. The Paris Alliance was created the following year by a board of directors featuring illustrious names like Jules Verne (author), Louis Pasteur (chemist and biologist), and Ferdinand de Lesseps (diplomat). The first Alliance Française abroad was created the same year in Barcelona, Spain.

Faithful to the values of its founders, the Alliance Française remains committed to the formula of an association.

Each Alliance is part of this worldwide network but has forged strong bonds with its local cultural, educational and business communities. 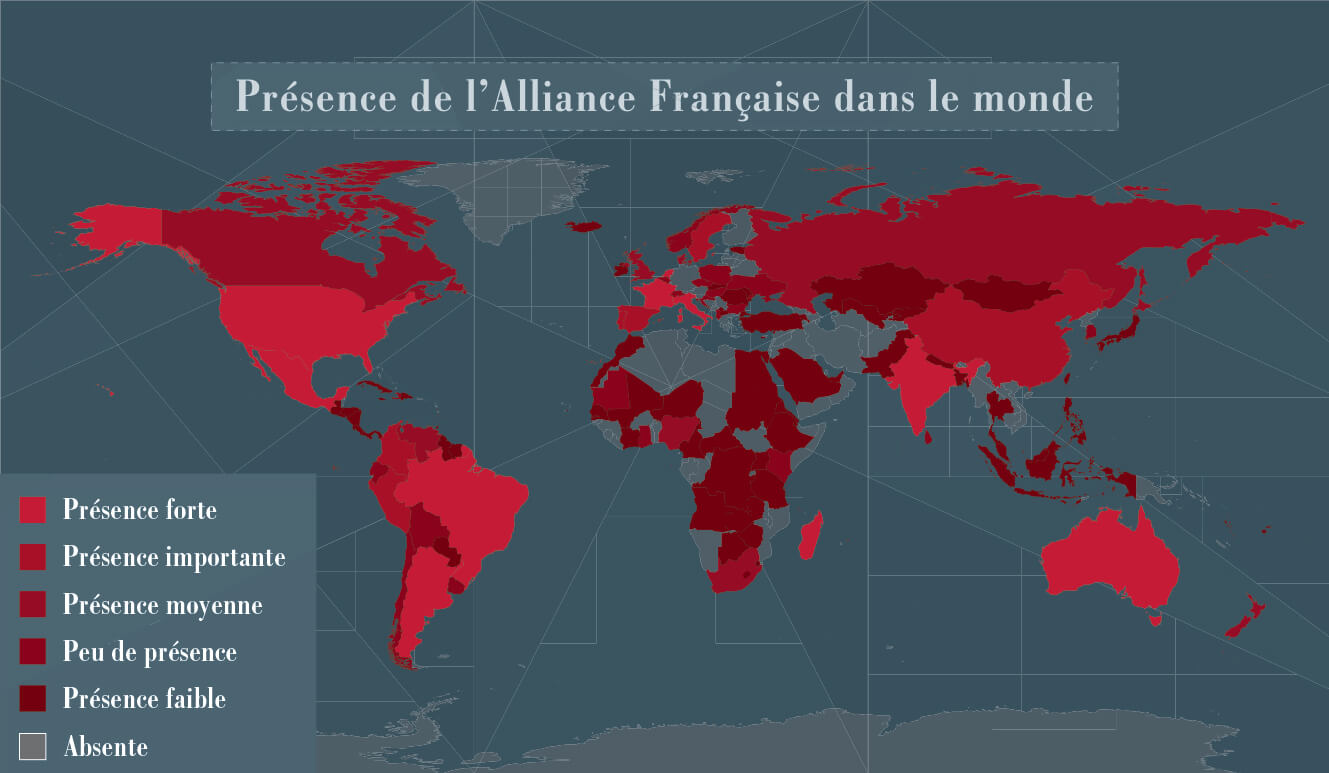 The Alliance Française's mission is threefold:

Each Alliance Française is a not-for-profit society, operated under local legislation and is managed by a Board of Directors elected among the members of the association.

The Alliance Française network in Australia is made up of 30 branches.

The network of Alliances Françaises in Australia


There are also 24 regional Alliances administered by committees made up of volunteers. The majority of them are located along the eastern and southern coasts, with the exception of AF Darwin in the Northern Territory.

Have you ever wanted to live in France and immerse yourself in French language and culture?

Please note that, in light of the current COVID-19 pandemic, Linguistic Stays are not currently available. However, if you would like to organise a Linguistic Stay with other Alliances Françaises in France in the future, they may be organised upon request. Information about Rouen linguistic stays can be found in their 2019 brochure and information about St Malo on their website.

For additional information, personalised assistance, and bookings for all linguistic stays with Alliances Françaises in France, contact Doris or Mathilde, our receptionists.